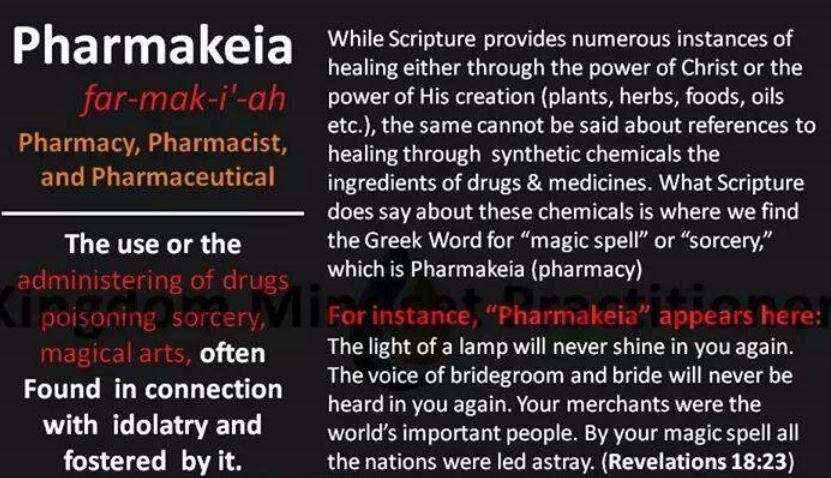 My extended testimony is in my book here which also answers many biblical questions like, “eternal security”, true biblical repentance, how to get the the Cross of Christ and much, much more. Please note, I am not speaking to brain injuries from an accident, birth defect, etc so don’t use that strawman. We are speaking about unrighteous (chronic) depression, anxiety, etc. Also, addiction (drugs, alcohol, gambling, etc) is a moral failure and a free-will choice, not a disease. Don’t believe the lies.

Do you believe the devil’s lie of depression/anxiety/bipolar, etc. Like I

used to? Or, will you choose to BELIEVE that JOY is of the LORD for born-again believers? There is no ‘mental illness’ in the House of the Lord. Be edified and STOP believing the LIES! I say this as a “chief” example. The letter to the right, from 2012, was from a worldly Dr. who was the last in a long line of witch Dr.’s (aka psychologists/ psychiatrists, etc) dating back to 1993 that “diagnosed” me with the lies of “mental illness”. There is also a letter below and one of the MANY hospital letters from my days as a sinning heathen. After I stopped believing those lies and truly trusted in Jesus, I started a worldwide ministry overseeing pastors and missionaries in Kenya, Ethiopia and Bangladesh. I also own a telecom consulting business, as well as an online businesses Bread of Life Moringa. I bought, fixed up and sold 3 homes in the last 6 years (as I moved to TN and back to FL). I say this not to boast, but to give an example and to prove the wicked heathen of the world are liars and to give all the glory to Jesus. Now, I STOPPED believing the LIES… will you? You need Jesus, not the WICKED pharmakeia listed in the “Coordination of Services Letter” below.

John 8:36 “If the Son therefore shall make you free, ye shall be free indeed.”

Mat 10:1 And when he had called unto him his twelve disciples, he gave them power against unclean spirits, to cast them out, and to heal all manner of sickness and all manner of disease.

Isa 53:5 But he was wounded for our transgressions, he was bruised for our iniquities: the chastisement of our peace was upon him; and with his stripes we are healed. Isa 53:6 All we like sheep have gone astray; we have turned every one to his own way; and the LORD hath laid on him the iniquity of us all. Isa 53:7 He was oppressed, and he was afflicted, yet he opened not his mouth: he is brought as a lamb to the slaughter, and as a sheep before her shearers is dumb, so he openeth not his mouth.

IF YOU ARE ABIDING IN JESUS, THESE ARE GONE! 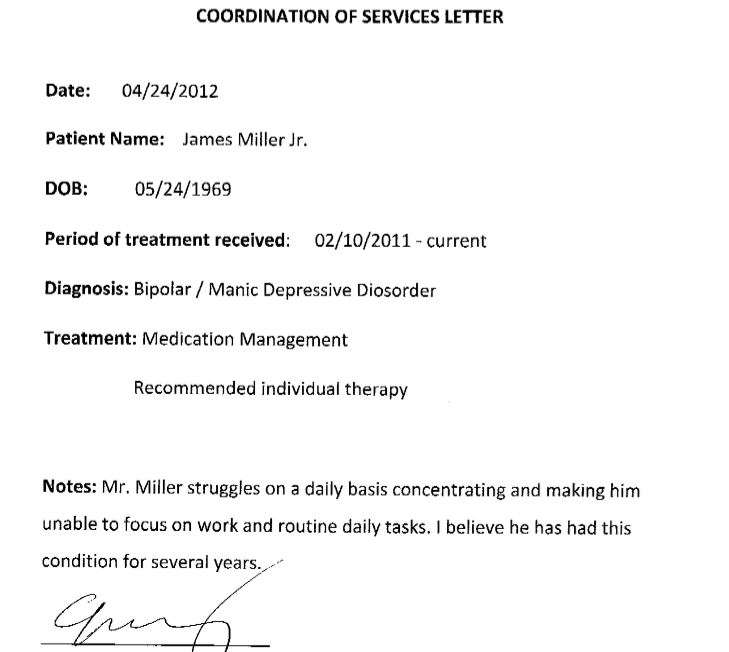 Here is a direct command to be at peace(of good cheer) even through tribulation:

John 16:33 These things I have spoken unto you, that in me ye might have peace. In the world ye shall have tribulation: but be of good cheer; I have overcome the world.

Promises to the believer:

Rom 12:1 I beseech you therefore, brethren, by the mercies of God, that ye present your bodies a living sacrifice, holy, acceptable unto God, which is your reasonable service.
Rom 12:2 And be not conformed to this world: but be ye transformed by the RENEWING OF YOUR MIND, that ye may prove what is that good, and acceptable, and perfect, will of God.
Rom 12:3 For I say, through the grace given unto me, to every man that is among you, not to think of himself more highly than he ought to think; but to think soberly, according as God hath dealt to every man the measure of faith.

1Pe 1:6 Wherein ye greatly rejoice, though now for a season, if need be, ye are in heaviness through manifold temptations:
1Pe 1:7 That the trial of your faith, being much more precious than of gold that perisheth, though it be tried with fire, might be found unto praise and honour and glory at the appearing of Jesus Christ:
1Pe 1:8 Whom having not seen, ye love; in whom, though now ye see him not, yet believing, ye rejoice with JOY UNSPEAKABLE and full of glory:

Paul and Silas were beaten badly, jailed, and yet they were still rejoicing and worshipping (singing praises to the Lord).

Act 16:22 And the multitude rose up together against them: and the magistrates rent off their clothes, and commanded to beat them.
Act 16:23 And when they had laid many stripes upon them, they cast them into prison, charging the jailor to keep them safely:
Act 16:24 Who, having received such a charge, thrust them into the inner prison, and made their feet fast in the stocks.
Act 16:25 And at midnight Paul and Silas prayed, and SANG PRAISES UNTO God: and the prisoners heard them. 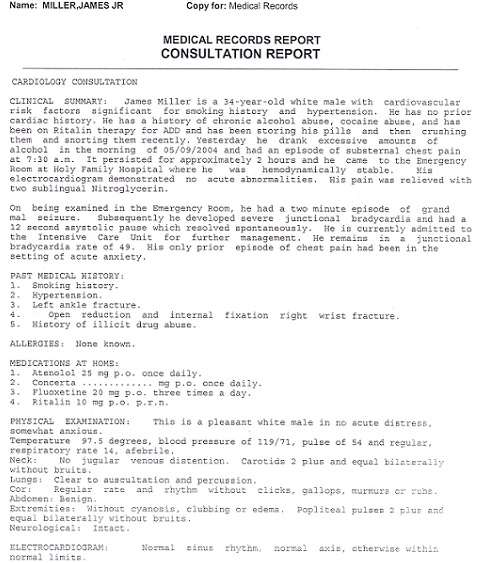 Php 4:6 Do not be anxious about anything, but in everything by prayer and supplication, with thanksgiving, let your requests be made known to God.
Php 4:7 And the peace of God which passes all understanding shall keep your hearts and minds through Christ Jesus.
Psa 55:22 Cast thy burden upon the LORD, and he shall sustain thee: he shall never suffer the righteous to be moved.
Isa 41:13 For I the LORD thy God will hold thy right hand, saying unto thee, Fear not; I will help thee.

Jer 29:11 For I know the thoughts that I think toward you, saith the LORD, thoughts of peace, and not of evil, to give you an expected end.

Deu 31:8 And the LORD, he it is that doth go before thee; he will be with thee, he will not fail thee, neither forsake thee: fear not, neither be dismayed.

Pro 3:5 Trust in the LORD with all thine heart; and lean not unto thine own understanding.
Pro 3:6 In all thy ways acknowledge him, and he shall direct thy paths.
Pro 3:7 Be not wise in thine own eyes: fear the LORD, and depart from evil.
Pro 3:8 It shall be health to thy navel, and marrow to thy bones.
Pro 3:9 Honour the LORD with thy substance, and with the firstfruits of all thine increase:
Pro 3:10 So shall thy barns be filled with plenty, and thy presses shall burst out with new wine.
Exo 14:14 The LORD shall fight for you, and ye shall hold your peace.
Psa 32:7 Thou art my hiding place; thou shalt preserve me from trouble; thou shalt compass me about with songs of deliverance. Selah.
Psa 32:8 I will instruct thee and teach thee in the way which thou shalt go: I will guide thee with mine eye.
Psa 32:9 Be ye not as the horse, or as the mule, which have no understanding: whose mouth must be held in with bit and bridle, lest they come near unto thee.
Psa 32:10 Many sorrows shall be to the wicked: but he that trusteth in the LORD, mercy shall compass him about.
Psa 32:11 Be glad in the LORD, and rejoice, ye righteous: and shout for joy, all ye that are upright in heart.

Php 4:12 I know both how to be abased, and I know how to abound. In everything and in all things I am instructed both to be full and to be hungry, both to abound and to suffer need.
Php 4:13 I can do all things through Christ who strengthens me.
Php 4:14 Yet you did well in sharing my troubles.

Pro 12:25 Heaviness in the heart of man maketh it stoop: but a good word maketh it glad.

Pro 12:26 The righteous is more excellent than his neighbour: but the way of the wicked seduceth them.

As a wicked sinner back in 2004, and after snorting and entire bottle of Ritalin and drinking a couple dozen alcoholic drinks the night before, my heart stopped for 13 seconds. I used to do $1,000/week of cocaine and drink 25++ alcoholic drinks per day! I did not have cocaine that day so I snorted Ritalin. I then had a 2 minute grand mal seizure that resolved spontaneously! Now, stop believing the lies and truly BELIEVE in and OBEY Jesus. Tomorrow may be too late, it almost was for me more times than I can count.

John 8:32  And ye shall know the truth, and the truth shall make you free. 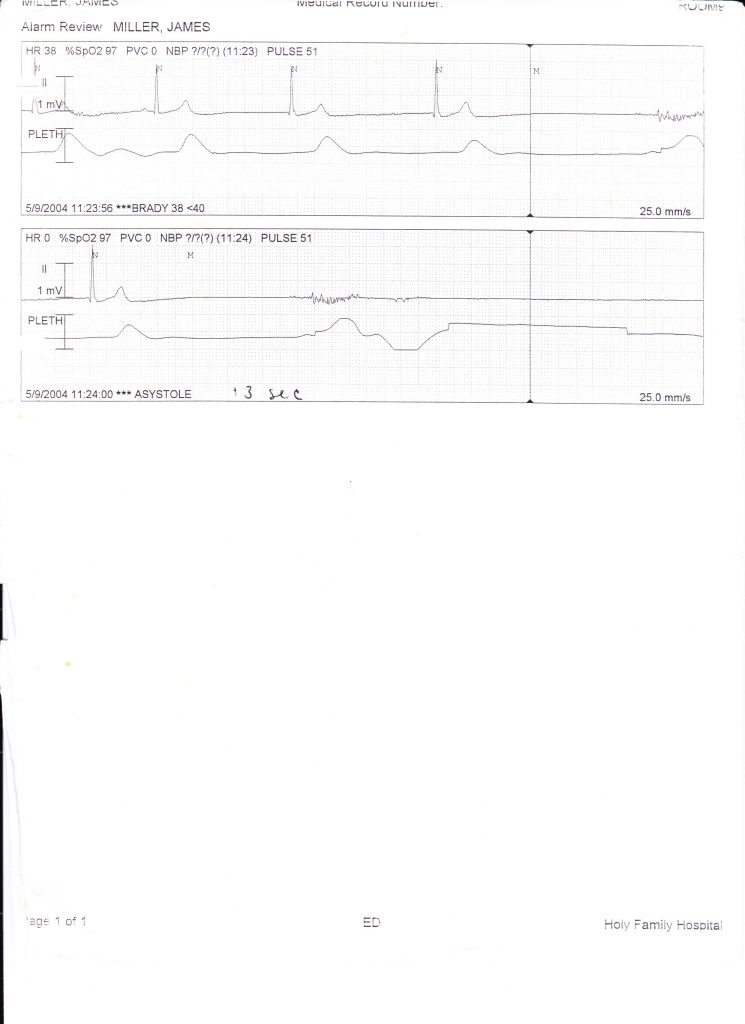 DEATH BED CONFESSION BY THE MAN WHO INVENTED THIS BOGUS DISEASE

“ADHD is a prime example of a fictitious disease.” These were the words of Leon Eisenberg, the “scientific father of ADHD (Attention Deficit Hyperactivity Disorder),” in his last interview he gave before his death at age 87 in 2009.

“Let’s go back 50 years. We have a 7-year-old child who is bored in school and disrupts classes. Back then, he was called lazy. Today, he is said to suffer from ADHD (Attention Deficit Hyperactivity Disorder). . . . Every child who’s not doing well in school is sent to see a pediatrician, and the pediatrician says: “It’s ADHD; here’s Ritalin.” In fact, 90 percent of these 5.4 million kids don’t have an abnormal dopamine metabolism. The problem is, if a drug is available to doctors, they’ll make the corresponding diagnosis.)

Eisenberg made a luxurious living off of his “fictitious disease,” thanks to pharmaceutical sales. Coincidentally, he received the “Ruane Prize for Child and Adolescent Psychiatry Research. He has been a leader in child psychiatry for more than 40 years through his work in pharmacological trials, research, teaching, and social policy and for his theories of autism and social medicine,” according to Psychiatric News.

Yes, it was even admitted that they are his THEORIES. The medical industry is using the guise of helping children to depersonalize and disconnect our children from a healthy, normal upbringing. Parents are placing their children on these drugs and subjecting them to what the world has to offer, when in fact all these children are looking for is their parents in hopes of being the blessing that God intended them to be.

In the United States, 1 out of 10 boys among 10-year-olds takes medication for ADHD on a daily basis . . . with increasing tendency.

American psychologist Lisa Cosgrove and others reveal the facts in their study “Financial Ties between DSM-IV Panel Members and the Pharmaceutical Industry.” They found that “of the 170 DSM panel members 95 (56 percent) had one or more financial associations with companies in the pharmaceutical industry. One hundred percent of the members of the panels on ‘Mood Disorders’ and ‘Schizophrenia and Other Psychotic Disorders’ had financial ties to drug companies.”

And they are reaping major benefits from this “fictitious disease.” For example, the assistant director of the Pediatric Psychopharmacology Unit at Massachusetts General Hospital and associate professor of Psychiatry at Harvard Medical School received “$1 million in earnings from drug companies between 2000 and 2007.”

Marc-André Gagnon and Joel Lexchin, a long-time researcher of pharmaceutical promotion, performed a study which shows that the U.S. pharmaceutical industry spent 24.4 percent of the sales dollar on promotion, versus 13.4 percent for research and development in 2004. That is almost twice as much money to push their drugs on people than the amount to research to make sure it they’re safe!

This raises the following question: Are they safe?

Read the antidepressant black-box warning for yourselves, and you will be alarmed by the side effects listed on the inserts:

Why would parents subject their children to drugs with such noted dangerous side effects?

Dr. Edward C. Hamlyn, a founding member of the Royal College of General Practitioners, in 1998 stated, “ADHD is fraud intended to justify starting children on a life of drug addiction.” 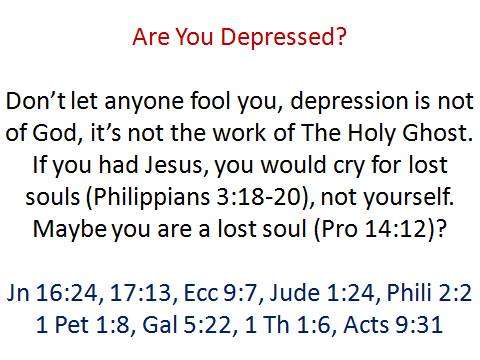 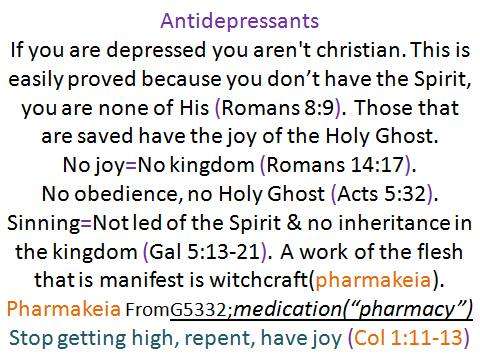 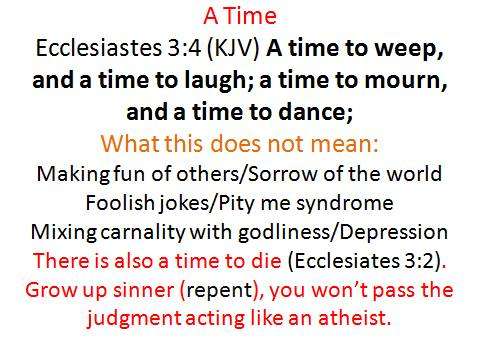 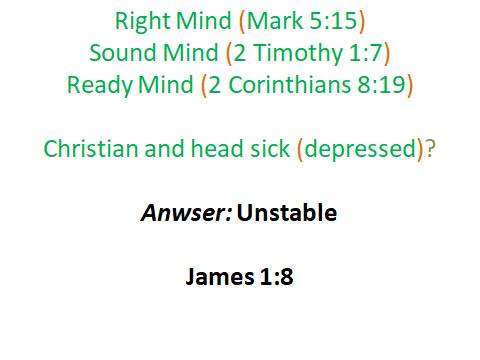 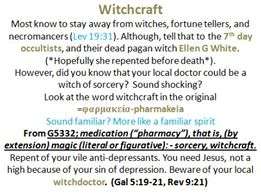 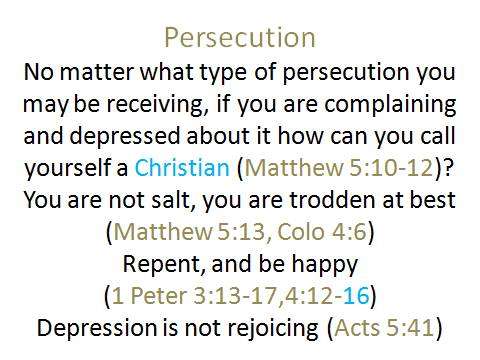 The LIE of “mental illness” is right from the pit of hell itself. Below you will clearly see that JOY comes from the LORD Jesus. Choose this day whom you shall serve. There is no promise that all physical disease will be cured, there are promises all SPIRITUAL illness is cured IF one abides in and obeys Jesus

Get to THE CROSS for complete, spiritual healing.