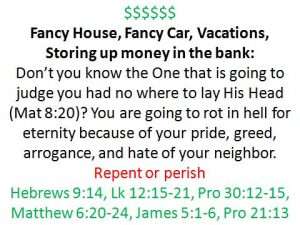 I got physically sick researching these Kenyan ministers of Satan! Living in million $ homes while the rest of the country is in DIRE POVERTY!!! Imaging how godlless and heartless one has to be to lie to people,”in Jesus name”, to take their money when they have NONE to begin with. A special place in hell is awaiting these filthy devils! I could not research any longer as my righteous anger is overflowing. Let me give you a simple rule…

IF YOUR “PASTOR” IS PREACHING ABOUT PROSPERITY IN THE NAME OF JESUS WHO IS THE ALMIGHTY GOD, HE (OR SHE) IS A FILTHY HELLBOUND DEVIL!!!

1st, what the Holy Bible says!

Matthew 19:24 And again I say unto you, It is easier for a camel to go through the eye of a needle, than for a rich man to enter into the kingdom of God.

James 5:1-6 Come now, rich ones, weep and howl for your hardships coming on. Your riches have rotted, and your clothes have become moth-eaten. Your gold and silver have corroded, and their poison will be a witness against you, and will eat your flesh as fire. You heaped treasure in the last days. Behold, the hire of the laborers reaping your fields cry out, being kept back by you. And the cries of those who have reaped have entered into the ears of the Lord of hosts. You have lived luxuriously on the earth, and lived wantonly. You have nourished your hearts, as in a day of slaughter. You have condemned and murdered the just; he does not resist you.

1 John 3:17  But whoso hath this world’s good, and seeth his brother have need, and shutteth up his bowels of compassion from him, how dwelleth the love of God in him?

My notes are below and this is the best I will format them, you can clearly see these wolves are fleecing so many…. I could have spent years researching these godless wolves but you get the idea! These devils are no different than the Amerikan demon, the likes of Creflo Dollar, TD Jakes, Joyce Meyer, Joel Osteen, Paula White, Billy Graham, Benny Hinn, Jesse Duplantis, and ALL THE REST on TBN, DayStar, godTV, etc!!!

IF YOU FOLLOW ONE OF THESE SHEEP’S IN WOLVES CLOTHING, REPENT AND GET RIGHT WITH GOD AS HELLFIRE AWAITS IF YOU DON’T.

Of God’s Power Church along Thika Road. This man is utterly pathetic. 97% of his preaching is all about money. This man is a clone of pastor Kanyari. He wrests bible verses as he spews his financial begging rhetoric! The man stages his “miracles” like Kanyari. He mostly dupes women from Dandora, Kariobangi , Baba Dogo and Huruma Estates…

He is a senior Pastor at Maximum Miracle Centre. Muiru is one of the oldest men in the trade and performs miracles at a price. 12,000,00 million schilling wedding $120,000 WEDDING FOR HIS DAUGHTER!!! http://www.hekaheka.com/wedding-photos-check-pastor-muirus-daughters-9million-shilling-wedding/
A filthy pig wedding video PUKE https://www.youtube.com/watch?v=wN0JnyScPLQ#t=779

Wahome – He is the founder of Helicopter of God Ministries Church which is located within the City Centre. He is a polygamous man with a strong affinity for married women. He is another fake pastor.

It is no longer a secret that church is big business in this country.

A few weeks ago, Kenyan churches announced their end of year (2015) results. Nairobi Chapel had a total income of Sh440 million.

So big is the church business that even ‘small’ churches, and usually controversial ones, are known to have pastors who live on the lavish side of life. One of those pastors is Victor Kanyari, whose recent Sh 20 Million Benz and multimillion mansion stunned the interwebs.

Now, Helicopter of Christ Ministries pastor Thomas Wahome has also got tongues wagging after a photo of his supposed multimillion crib emerged on the internet.

Their up and coming crib is said to be located in Kamakis along the Eastern Bypass.

Sources close to him indicate that the controversial prophet is funded by an American organization named, John Templeton Foundation, which is associated with the famous cult popularly known as illuminati. The foundation also funds top political leaders and businessmen across the world but the funding doesn’t come that easy – You have to be accompanied by its representatives who monitor all your activities always.

Credible sources also indicate that Owour is among the top members of John Templeton  Foundation who have made the biggest impact in Africa over the past one year. As a result, he received a bonus of over 500,000 dollars for his efforts. This is part of the money he has been using to maintain his flashy lifestyle and fuel guzzlers seen in his “prayer rallies”

Surprisingly, he receives over 200,000 dollars from the foundation each month.

Francis Musili is the President and the Presiding Bishop of Around the Globe Deliverance Ministry, International. ATG, Nairobi Chapel is the ministry’s headquarters

Woman ‘pastors” in this den of devils too!  http://www.atgdeliveranceministry.com/team.html 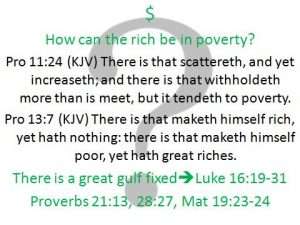 The controversial preacher and politician has been making millions of money thanks to his stupid followers. Wanjiru is currently constructing a monster twin tower along Haile Selassie Avenue thanks to proceeds from her fake miracle and prayers.
living like a queen https://mpasho.co.ke/photographic-evidence-showing-bishop-margaret-wanjiru-living-like-queen/

– Flashy city pastor, Allan Kiuna, of JCC, has started deviating from the ways of the Lord and is now using ingenious ways to milk money from innocent Kenyans.

Our team busted the wealthy pastor misleading members of his church by telling them to transfer half of the money in their bank accounts to his account. The cunning pastor claims that by doing so, the money will miraculously double.

He shamelessly did this live on TV last Sunday during his morning sermon on KTN. Kiuna claimed that by emptying half of your bank account to his account, you will miraculously find the money in your account to have doubled within three days.

However, this is just another way of trying to steal from the flock. Bishop Allan Kiuna is one of the richest pastors in Kenya and his wealth runs into billions of shillings.

Bishop Allan Kiuna and his wife – The two con artists to the maximum!!! The two live in opulence thanks to tithes and offerings from their gullible followers and money from their fake prayers. They perform fake miracles to their followers who are mostly young confused Kenyans. Kiunas have turned the house of worship to a public air market where all sorts of business ranging from pyramids schemes are carried at their behest. He hires youths with very polished English to woo his followers. 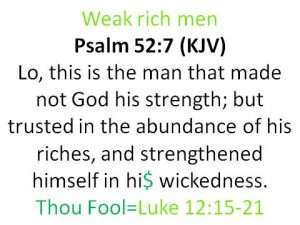 Pastor Gitonga plies his trade at Redeemed Gospel Church in Huruma. The pastor has built his empire thanks to his gullible supporters. He is another fake pastor!
http://jamhurimagazine.com/index.php/diaspora/3518-bishop-arthur-gitonga-celebrates-father%E2%80%99s-day-in-u.s.html

Pastor Njoroge of Fire Ministries has been nicknamed “pasta tapeli”. His church is a prostitution den and he usually sleeps with every woman who asks for his prayers.

A filthy minister of Satan! Prosperity/false miracle pimp is this self-proclaimed Dr, prophet, pastor Victor Kanyari the son of the “prophetess” Lucy Nduta. Kanyari has been involved in a series of allegations such as conning his followers using “mbegu ya 310” and also undressing women in public.

John Kibe
proclaimed Apostles who lives off the greed and desires of the heart. 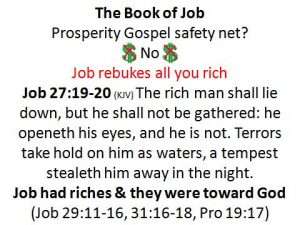 The pastor arrived in Nairobi on Friday, to find a waiting delegation, plus a motorcade to take him around.
He landed at JKIA in one of his four private jets.

The Nigerian is the founder of Winners’ Chapel International, also known as Living Faith Church. It has a presence in 34 countries, with its headquarters in Lagos, Nigeria. Faith Tabernacle (the name of the headquarters), is a 50,000 seat auditorium, and was in 2008 named the world’s largest church auditorium by Guinness Book. It’s outside overflow capacity is 250,000.
The newly opened Winners’ Chapel Likoni road in Nairobi has a sitting capacity of 15,000.

Pastor Oyedepo is Nigeria’s richest pastor, with Forbes estimating his wealth to be in the region of $150 million. Among his businesses is an airline and a publishing house.
Here’s how the pastor made his entrance at JKIA.”

Rev. Dr. David Oginde is the Presiding Bishop of Christ is the Answer Ministries (CITAM) and the Chancellor for the Pan Africa Christian (PAC) University. CITAM is focused on reaching the urban communities in Kenya and also has missionaries in other countries of Africa, USA, Asia, and Europe. Apart from its congregations, the church also provides education services through its schools and university. CITAM provides media ministry through Hope FM and Hope TV. We also run rehabilitation center for street children, and special outreach mission stations among the underprivileged communities in Kenya.

Apart from his pastoral duties, Dr. Oginde is actively involved in speaking into and influencing national policies and issues related to governance and leadership in Kenya. 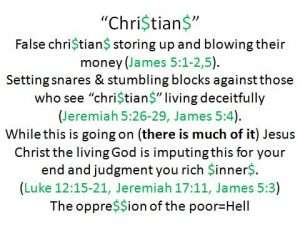 A church run by a controversial multi-millionaire African preacher has been accused of ‘cynical exploitation’ after its British branch received £16.7 million in donations from followers who were told that God would give them riches in return.
Followers are ferried in double-decker shuttle buses to the church, handed slips inviting them to make debit card payments, and are even told obeying the ministry’s teachings will make them immune from illness.Today’s Mail on Sunday revelations about the Winners’ Chapel movement have prompted the Charity Commission to review the charitable status  of the church – one of the fastest-growing in the UK.
Winners’ Chapel is part of a worldwide empire of evangelical ministries run by Nigeria’s wealthiest preacher David Oyedepo, who has an estimated £93 million fortune, a fleet of private jets and a Rolls-Royce Phantom.
http://kenyauptodate.blogspot.com/2012/10/billionaire-winners-chapel-pastor.html

is another controversial pastor – he uses the phrase “fake it till you make it” – He drives top of range cars and he lives in opulence. His wife uses more than sh 50,000 a day on cosmetics thanks to his gullible followers. He is also a fake pastor.

Pastor Nganga is not new to controversy. The pastor was the first to use potassium permanganate to convert water into blood. He is a master in the game of conman ship. He is also a visitor of Koinange Street at wee hours of the night. 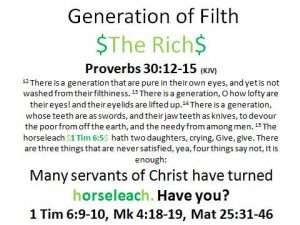 of Hope International Ministries – The former Mungiki leader is another fake pastor. Everything which Maina does is all fake.