Jesus is NOT a Friend to Sinners

Jesus is NOT a Friend to Sinners 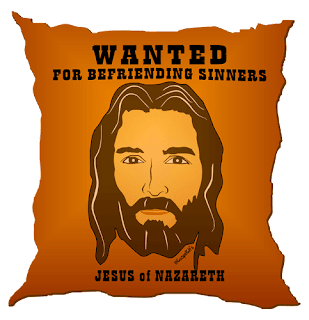 He is a Savior for them and must be your Lord!
“Ye are my friends, IF ye do whatsoever I command you.”  John 15:14

There are many popular sayings in the church world and often they have no basis in truth whatsoever.  One such saying is that “Jesus is a friend to sinners.”

Does Scripture support the belief that God is a friend of sinners?  Not at all!  Yet many – unknowingly it seems – espouse such things, even while considering themselves a “Christian”.  They have forged a “god” based on their own imaginations who is nothing like the God of Scripture; so much so that the character of the true God offends them.

Same goes for false brethren: 1Co 5:11 “But now I have written unto you not to keep company, if any man that is called a brother be a fornicator, or covetous, or an idolater, or a railer, or a drunkard, or an extortioner; with such an one no not to eat.”

Much of the Christian contemporary music scene undergirds the image of this false god; an idol that feels really warm and fuzzy to man, but is based in falsehood.  One such song is Casting Crowns – “Jesus, Friend Of Sinners” and another is “God is Not a White Man” by Gungor.  Recently, someone contested this article by claiming that God is a friend to all and He loves everyone.  After all, don’t we know that Jesus is a friend to sinners?

In the text of John 15:14, Jesus defines exactly who His friends are: those who obey Him.  Do sinners obey God?  No.  They are by definition “children of disobedience” (Ephesians 2:2, 5:6; Colossians 3:6).  Technically, we could end the discussion right there.  Jesus makes it abundantly clear who qualifies to be His friend.  However, let’s look at why Jesus is not a friend of sinners and where this idea comes from.

“Now we know that God heareth not sinners: but if any man be a worshipper of God, and doeth his will, him he heareth.” John 9:31

God doesn’t even hear sinners.  Yet people want to claim that God is still a friend to sinners??  The saying that Jesus is a “friend to sinners” was not a teaching from God. Consider the absurdity of such a statement and its source. 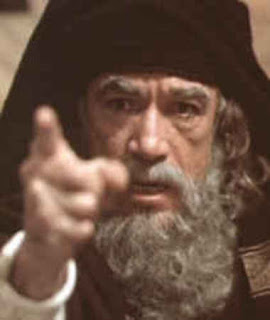 They were accusing Jesus of having fellowship with darkness, which would make Him a partaker of that darkness (II Corinthians 6:14-18).

These same religious leaders also claimed that Jesus was Beelzebub and operating under the power of Satan.  Should we lay claim to these statements as being true as well?  So understand that claiming Jesus to be a “friend of sinners” was intended to disparage His righteousness.  Yet, the question remains, is such a statement true?

“Ye adulterers and adulteresses, know ye not that the friendship of the world is enmity with God? Whosoever therefore will be a friend of the world is the enemy of God.” James 4:4

“Because the carnal mind is enmity against God: for it is not subject to the law of God, neither indeed can be.” Romans 8:7

If God is a friend to sinners – and we know that all have sinned – then He can logically have no enemies.  Jesus being a friend of sinners requires that God is all sinners’ friend.

Why was this?  Because the religious leaders failed to bring forth fruit for repentance (Matthew 3:8; Mark 2:17; Luke 3:3-8, 5:32, 15:7).  It is the quality of repentance that makes a sinner able to be received by God. Remember the two thieves on the cross. They were both sinners, but only one received salvation/fellowship with Christ.

“But go ye and learn what that meaneth, I will have mercy, and not sacrifice: for I am not come to call the righteous, but sinners to repentance.” Matthew 9:13

Repentance is not a one time act or being sorry for a particular sin.  True repentance is a turning of the heart so that we can see sin as God does.  We are acknowledging that we must forsake sinful ways – all of them – and not pursue sin, but pursue righteousness.  True repentance is seen in an attitude that abhors sin.

Jesus was not a friend to sinners, for even the religious leaders were sinners. He was a friend to those who acknowledged their sinful state and obeyed His call to repent.  This is why the Scriptures say that Jesus was “separate from sinners” (Hebrews 7:26).  The word separate here (the Greek word chōrizō) means “to separate, divide, part, put asunder, to separate one’s self from, to depart.”

The world (and even much of the church world) likes to paint a picture of Jesus cozying up to sinners as their best friend, but that is not a picture which Scripture supports.  Jesus is only a friend to those who obey Him (John 15:14).  He draws near only to the humble.

God has mercy on all, including sinners, but only gives grace to the humble.  And salvation – through which we are reconciled with God and made His friend – comes by grace.  Apart from repentance from sin, we are enemies of God and still in need of reconciliation and salvation from God.

“For if, when we were enemies, we were reconciled to God by the death of his Son, much more, being reconciled, we shall be saved by his life.” Romans 5:10

What is so wrong with portraying God as a friend to sinners?

A sinner who is also a “friend of God” has no need to repent and turn from sin because this concept convinces him that he is already acceptable to God.  It tells man he is already “whole” with no need of a physician (Matthew 9:12).  It blinds man to the need of repentance, which is the only way we are indeed made God’s friend, thereby condemning man’s soul to death. 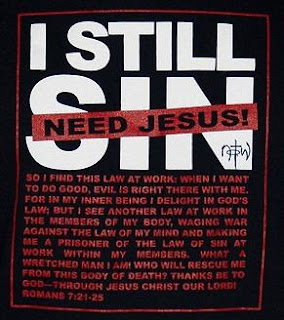 In reading this, some might say, “But I am a sinner!”  Then my only answer for you is that you need to repent.

Casting Crowns the group that sings – “Jesus, Friend Of Sinners” and Gungor – the group which sings the blasphemous song “God is Not a White Man” had a BIG hit in recent years with the song “I am a Friend of God”.  Who is a friend of God?  To whom is this song directed?  According to “God is Not a White Man” it is the atheists, charlatans, communists, lesbians, and terrorists…just to name a few. In fact, all the monetized contemporary christian groups are sold out to the devil!

Do you not see the web that is being woven, the anti-christ agenda being promoted?  Are we so blind that we cannot perceive the false gospel used in these songs in order to blind people to their only hope of salvation from the world and from Hell?

Oh how the world perverts the things of God.  We now have a Christian “god” promoted in song and in worship in churches all across the world who is no God at all, but works to destroy the very essence of who God is.  The modern-day Pharisee is not the one calling sinners to repentance, but those claiming that such don’t need to repent!

Let your message be the message of our Savior, Jesus Christ. Let you words be the first words of the Gospel.  All else is false and the preaching of “another Jesus” (II Corinthians 11:4).

“Whoso walketh uprightly shall be saved: but he that is perverse in his ways shall fall at once.” Proverbs 28:18

Are YOU a friend of sinners? Warning!

Luk 7:31 And the Lord said, Whereunto then shall I liken the men of this generation? and to what are they like?
Luk 7:32 They are like unto children sitting in the marketplace, and calling one to another, and saying, We have piped unto you, and ye have not danced; we have mourned to you, and ye have not wept.
Luk 7:33 For John the Baptist came neither eating bread nor drinking wine; and ye say, He hath a devil.
Luk 7:34 The Son of man is come eating and drinking; and ye say, Behold a gluttonous man, and a winebibber, a friend of publicans and sinners!
Luk 7:35 But wisdom is justified of all her children.

Pro 9:10 The fear of the LORD is the beginning of wisdom: and the knowledge of the holy is understanding.

Do you fear God thinking He is a friend of those He hates?

Psa 5:4 For thou art not a God that hath pleasure in wickedness: neither shall evil dwell with thee.
Psa 5:5 The foolish shall not stand in thy sight: thou hatest all workers of iniquity.
Psa 5:6 Thou shalt destroy them that speak leasing: the LORD will abhor the bloody and deceitful man.

He is offering His love, big difference